As a council senior manager, what can you do that helps to achieve significant cross public sector innovations? To explore this issue we interviewed a wide range of public sector leaders from areas with a reputation for developing major innovations in partnership. 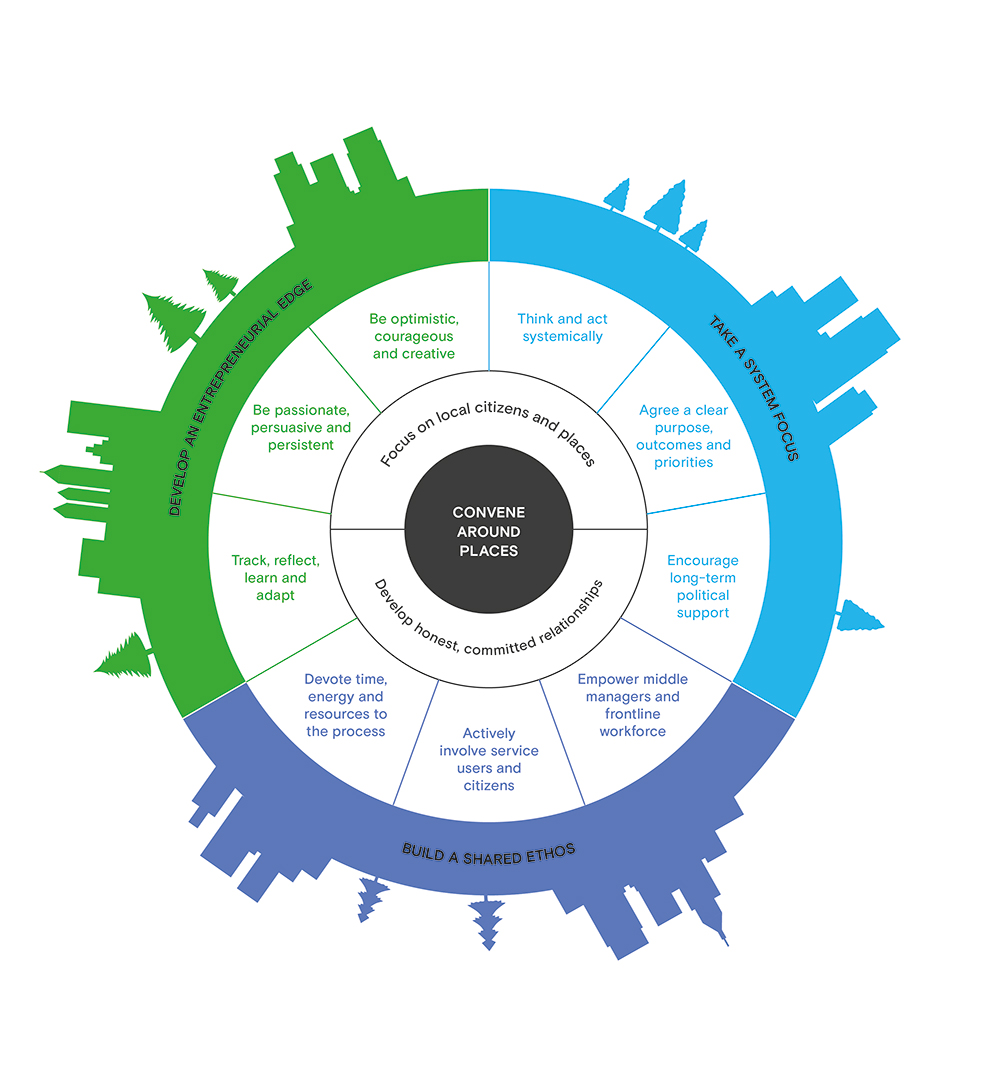 Some of the findings were unsurprising: the importance of agreeing a clear purpose, outcomes and priorities; the vital role of solid political support; the need to effectively engage middle managers and the frontline workforce.

The study also confirmed the central importance of leaders focusing together on improving the lives of their local residents, and their local place. It reinforced the need for them to think and act systemically, rather than defending their organizations’ traditional role, practices and budgets.

It demonstrated that behind the most successful innovations was a robust, long-term partnership approach, rather than an ad hoc alliance. For example, the key public sector leaders in South Tyneside agreed a shared 20 year vision in 2010.  This sets out their key shared ambitions for the borough, providing a foundation and a focus for their subsequent partnership initiatives.

What was striking was the critical importance of personalities and relationships. The people leading the partnerships delivering the most far-reaching innovations were truly passionate about their goals. They were upbeat, committed and determined, despite facing many barriers, constraints and challenges. They were relentless in pursuing their objectives.

Everyone we spoke to stressed the need for strong, honest, committed personal relationships. As one interviewee described it as being “like a good marriage” where you treat each other with respect. In the most successful partnerships, council managers were making huge efforts to understand their partners’ concerns and pressures.

We also found that all the partnerships achieving major innovations had built these slowly, step by step, experimenting, learning and adapting. For example, the Surrey Carers’ Partnership, which now involves over 100 organizations, has developed over more than 20 years.  And Monnow Vale, which offers seamless health and social care services in Monmouthshire, has evolved over 10 years.

The most successful partnerships went out of their way to involve service users, and others with local interests, to ensure their innovations were delivering the right outcomes. In Wigan public sector officers spent a month in a local area knocking on doors to discover the key local concerns, and opportunities. In Cheshire East children and young people have been centrally involved in developing the Children’s Plan. In Brighton and Hove the Community Banking Partnership carefully researched the reasons people got into debt before deciding how best to support them.

Rather than being based on “bright ideas” most of the innovations were about the steadfast and persistent implementation of ideas that have been around for some time, but have often proved difficult to deliver in practice. For example, the South Tyne and Wear Waste Management Partnerships took more than 5 years to prepare the 25 year contract, which will provide millions in savings and reduce landfill to a minimum.

There has been much discussion over many years about the need for joined up local services. However it appeared that the political and regulatory environment could do much more to actively encourage it.  For example, regulators ultimately judge most public sector organizations on their individual achievements and budget management, not on how effectively they contributed to addressing the key local issues with partners.  The report recommends that national bodies need to work together to provide a much more coherent context.

To support local public sector partnership in developing more major innovations together, we have distilled our findings into a “Transforming Together Framework”.  Council senior managers, or partnership leaders, can use the Framework to review what they are currently doing, and where they might need to pay more attention.